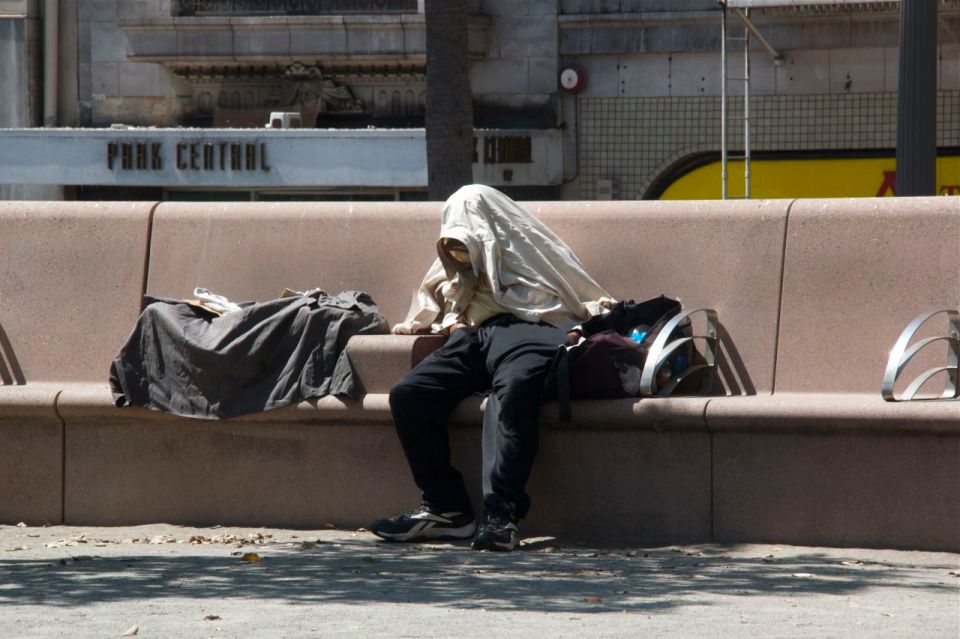 “You need some change?”
Apparently I was standing near a parking meter, Mauricio thought he could help me out.

Jeffrey, doing everything he can to get into modeling and film. He has some great shots to show and I hope he goes far!

Marilyn will keep you warm.

The face edging left of frame was heard to say “What the *&% is all that#”?

and on her way to who knows where. 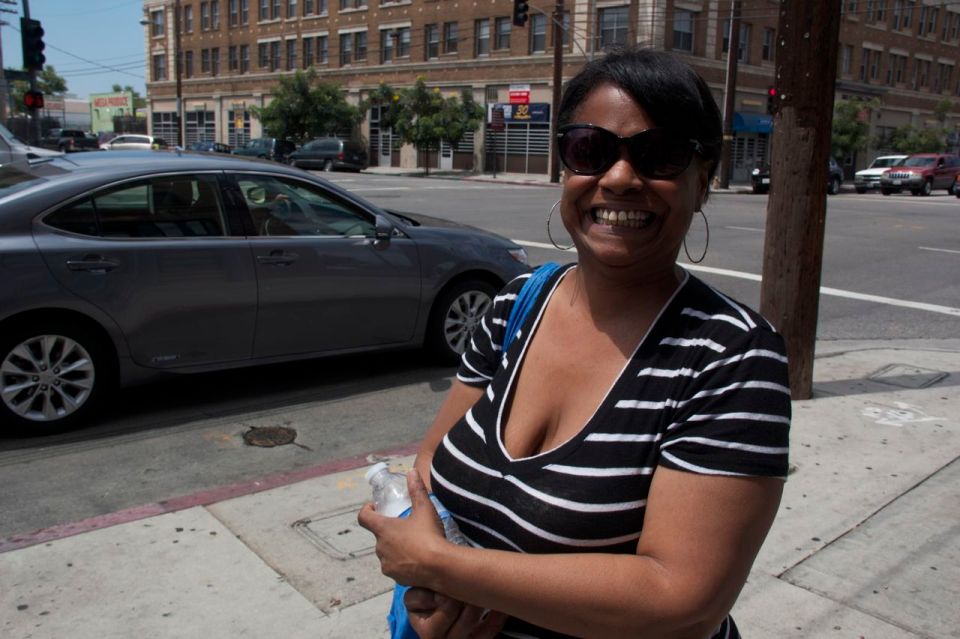 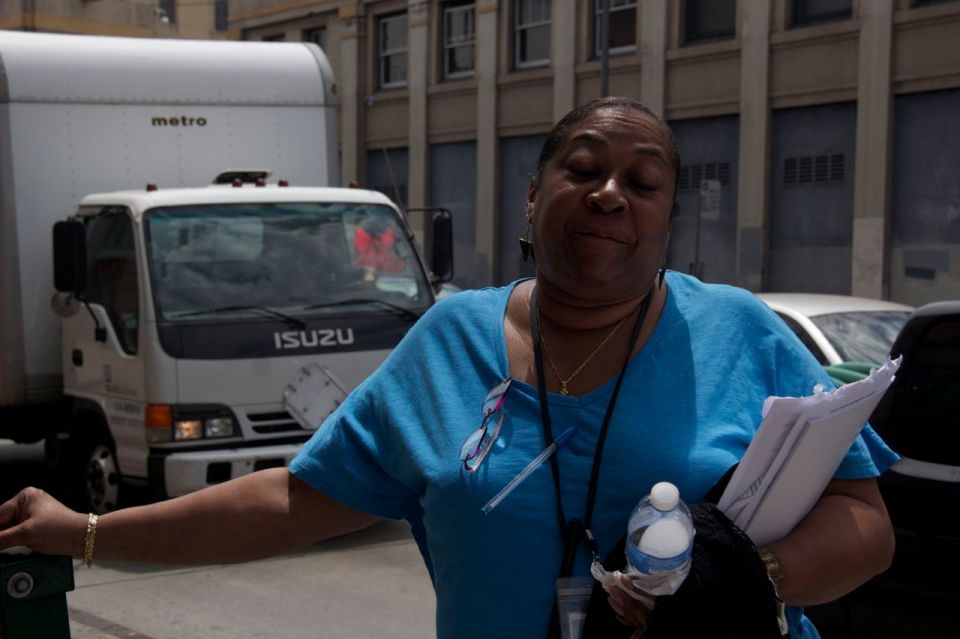 Workers at the 7th Street Produce Market. Having made it this far without being told no I kept going . . . 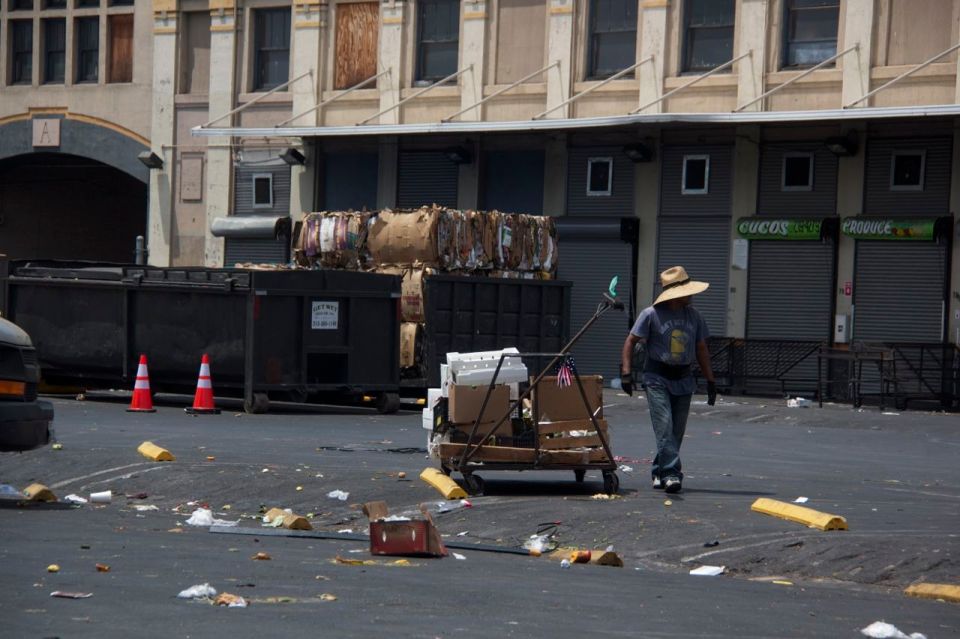 The universal language of a smile when words are spoken in different languages.

Final shot of the produce market before Security finally caught up with me . . . The market has been in the news lately for poor hygiene practices but I was unaware of this then. I was welcome to apply at the nearby office for a photo permit but I shall save that for next time.