The parade starts down at the southern tip of Manhattan, moving up Broadway through the Canyon of Heroes to City Hall.  Enough with the detail, here are some photographs, but, I must warn you – Eli Manning is not in this lot.  He and the rest of the team are sitting in my iPhone waiting for me to download the video, edit it and download to YouTube later  ie  . . . a long time to come.

I didn’t get downtown early enough to secure a vantage point for photographing the Eli-te, the players on parade but for me the real stars of the day were squeezed together in the tight crowd. We were all on that Broadway together. Can’t have one without the other and the Giants, well, in the words of someone from Brooklyn, “they done good!”

Here are some of those faces in the crowd, those faces that come together and make this city what it is. And if you have been here, you know what it is, and, if not come and see for yourself just how great it is! 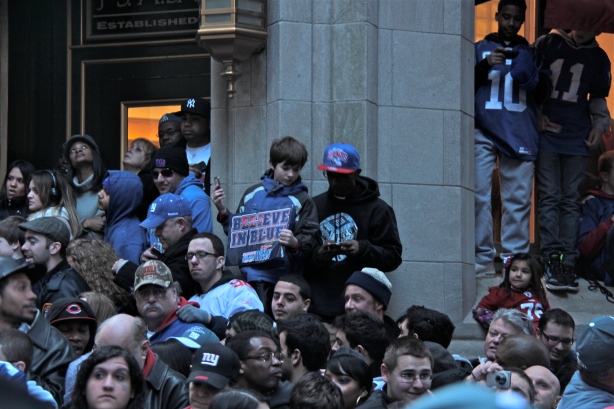 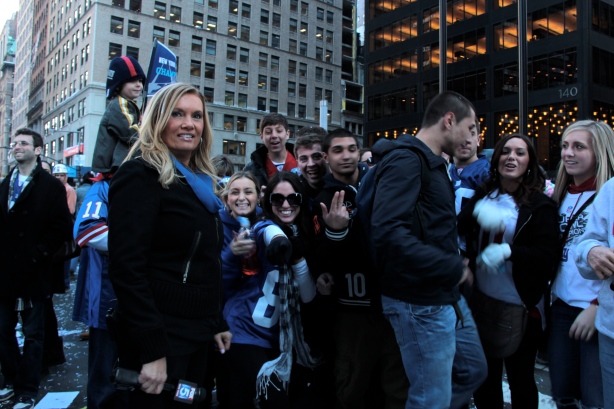 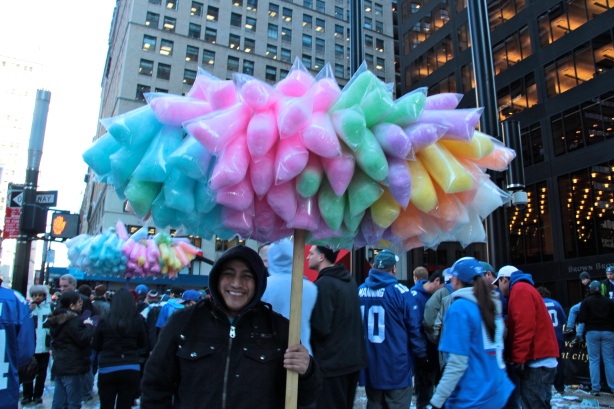 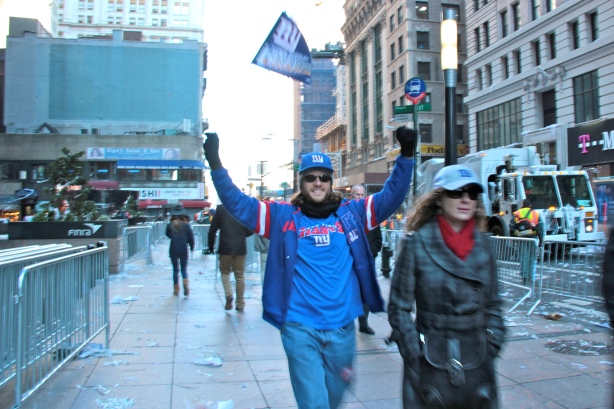 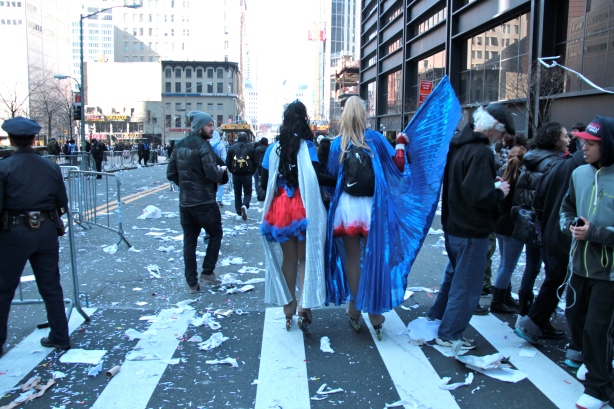