Last days of May are fading fast. Here in New York summer has muscled its bossy way in, firmly shutting the door on any leftover spring gentility.  As for winter?  So long ago already.  Yet, only two weeks ago, in the hills surrounding Yosemite National Park, we woke to falling snow.

The story of our attempts to get to Yosemite are long and detailed.  I know where to begin, but, with so many elements involved, I just don’t know where to end.  Soon I shall put them down in a narrative of pen and ink in order for me to bring form and order to the events.  Until then, some pictures to tell part of the story.

We began our journey in Los Angeles, driving to Death Valley before venturing to Yosemite on our way to San Francisco. A week-end break!  These photos were taken through the car window on the journey through Nevada, Death Valley behind us, Yosemite ahead. 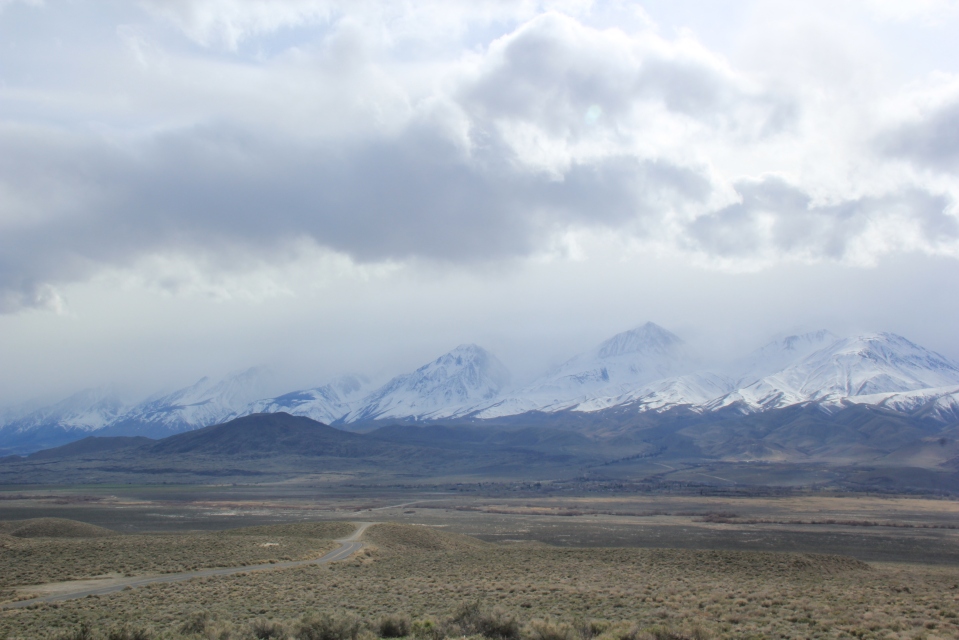 The next morning, heavy snow, heavy weather and still no Yosemite. Still in Nevada. 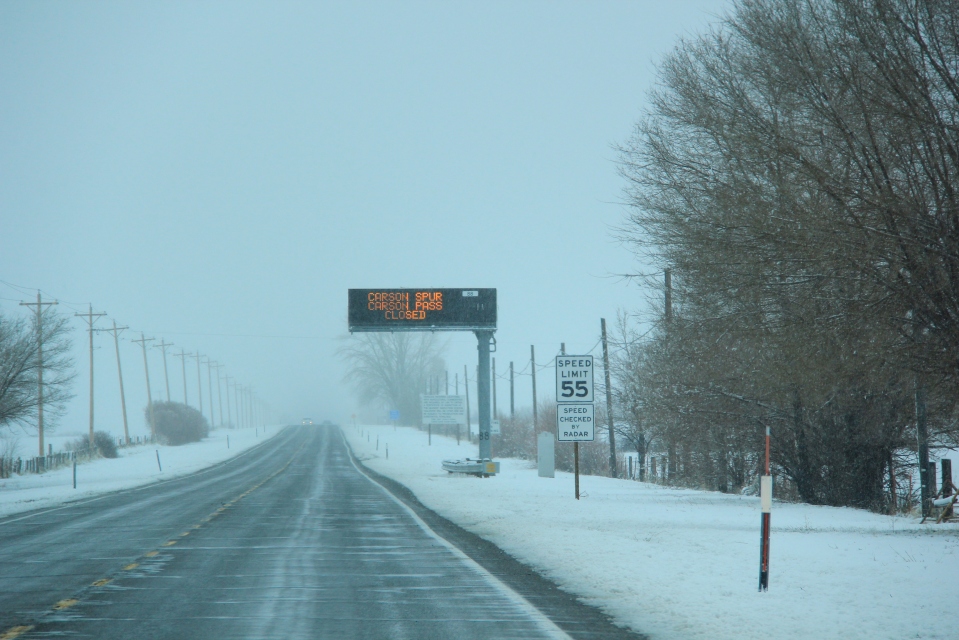 So near, yet so far, going nowhere the long way, but at least we are in California.

Getting worse with detour to South Lake Tahoe. Yosemite not happening . . . it is under the weather.

Yosemite behind us, sunset and San Francisco ahead. 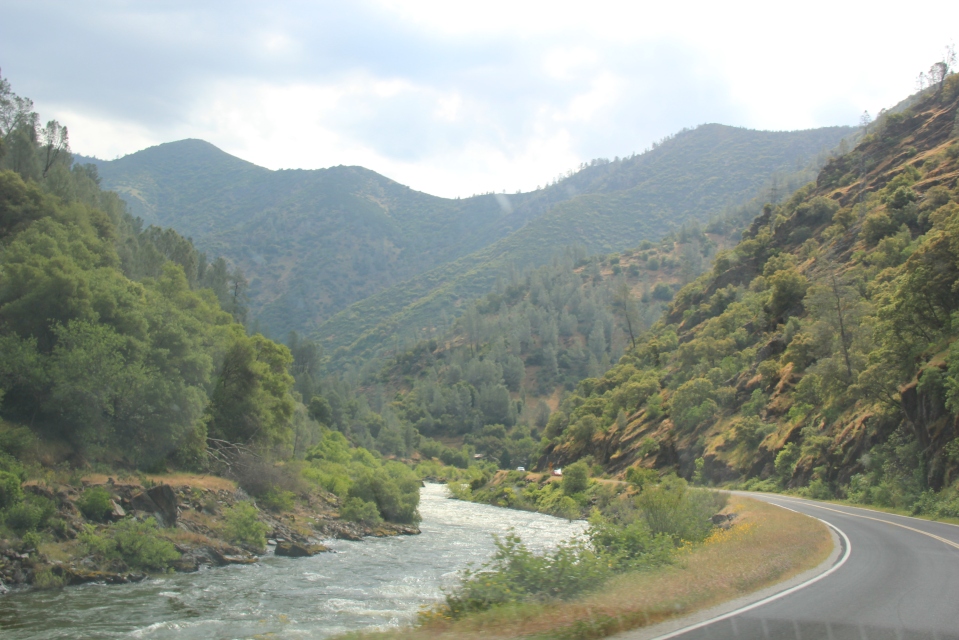 All roads clear to Yosemite, May spring sunshine!

Light through the trees

What to say? We made it!

So, with one final fall of snow the following day, we bid farewell to the forever that was winter, grateful to have felt the precariousness of nature’s wild fury and whimsical contrariness.

To paraphrase Gerard Manley Hopkins, the world is truly charged with the grandeur of nature.

← The People You Meet
My Hurting Head →