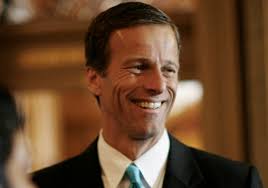 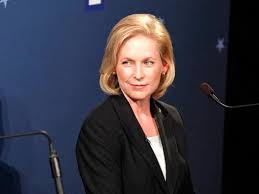 Mark Udall, (D) Colorado, who is keeping his date a surprise, came up with the idea to mix it up in the house with the seating plans as a way of reaching out across the divide that is the aisle upon which one side the Republicans sit, the other on which the Democrats sit.  At appropriate moments, one side might rise in a wave of congratulatory applause, the other a condemnation of boo’s and hisses. So tonight, the house is all over the place, the red and the blue a heady mix of brotherly love and bi-partisanship.

John Kerry (D) is looking a little lost and lonely.  Does he not have a date?  As expected, Eliot Engel (D) New York has taken his place in a prime aisle seat if only to hog a moment of fame as the President walks into the room shaking hands with  . . . those in prime aisle seats.  No one knows anything about him other than being that guy with the moustache who is always there, shaking the hands of any passing President.

Gabrielle Giffords (D) Arizona has been moved to rehab and so will miss the big night.  She will most definitely be there in spirit, an empty seat but most surely with a date sitting beside her.  Her husband, NASA astronaut Mark Kelly, was invited as a special guest (up in the First Lady’s Box?) but he declined on the grounds that he needed to stay by his wife’s side.  This is a win win for the invitation  having been both issued and declined. This thought counts.

This thought counts so much that 30 seconds into the address the empty chair has been acknowledged and lumps are there in the throats for all concerned.

Soon enough, Obama is invoking the dream, the fact that America is still the best country in the world for doing. The free enterprise innovation that drives business and now we have reached the Sputnik moment that is going to get America back out there and into space.  Now we are hearing about a small Michigan roofing company . . .

From suburban rooftops to spaceships, what is not to like?

John Kerry is sitting next to  . . . John McCain who had earlier announced that he was pairing with Sen Tom Udall (D) New Mexico.  Keeping it in the family.

The ultimate date of the night appears to be that of Vice President Joe Biden (D) and Speaker of the House, John Boehner (R).  Sitting in fixed grimaces behind the President they are models of earnest composure.  John Boehner might cry easily but he stays fixed in his seat.  Joe Biden is having a relaxed night if only because Nancy Pelosi, previous Speaker of the House, is no longer at his side. Nancy was manic in her appraisal of every second word that came from the mouth of Obama in previous State of the Unions. Up and down, like a crazy clown with an overdue prescription waiting for collection.

Apologies to Nancy.   We really do love you and we know that you are sharp and not that crazy but your earlier State of the Union actions were distracting to say the least.

The House is now up on the floor as Obama invokes that dream, the American dream, and why a scrawny kid from Scranton can grow up to sit behind him.  Sweeping the floor of his father’s bar in Scranton, Ohio, John Boehner scrapped his way out of there but never left it behind.  Taking it with him all the way to Speaker of the House.
President Barack Obama has declared his date for the night.  The common man.